King Fahd International Airport, located in Dammam, Saudi Arabia, is the world’s biggest airport in the world. It covers almost 776 square kilometers. It is larger than their neighboring country, Bahrain. Formerly a US airbase during the Gulf War. It is also one of the three primary international airports in the kingdom. It has three terminals, with the main terminal that has a total area of 327,000 m2.

With a total area spanning 135.7 square kilometers, it is North America’s largest airport. Denver International Airport is also the fifth busiest airport in the US. It generates about $26 billion for the region of Colorado annually.

Is the second largest airport in North America with a total area of 69.6 square kilometers located between Fort Worth and Dallas. It is also the 11th busiest airport in the world. It has five terminals but can accommodate eight additional terminals. DFW airport also served 75 million passengers in 2019, which makes it the highest number in its history.

Orlando International Airport occupies 53.8 square kilometers and is also Florida’s busiest airport, with over 850 daily flights. It is located 6 miles away from Orlando, Florida. And in 2019, the airport served 50.6 million passengers.

One of the major airports in the Washington-Baltimore region is the Dulles Airport. The property covers an area of about 52.6 square kilometers and is located 42 kilometers away from Washington DC. The airport is named after the US’s 52nd Secretary of State, Joh Dulles. Also, this airport serves over 24 million passengers each year and more than 125 destinations. 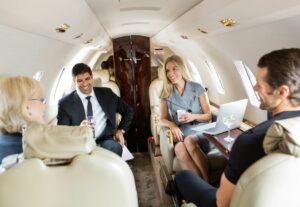